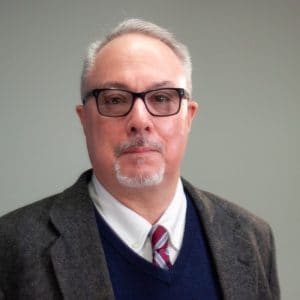 Dean Jones is a librarian and a United States Air Force veteran. He served from 1984-88 as a medical administrative technician at posts in Lakenheath, England, and Carswell Air Force Base in Fort Worth, Texas. Dean joined the Air Force out of high school because it seemed like the best choice for a career at the time and says he learned a lot of positive things from his time in the service.

“I was proud to be part of something big, a well-oiled machine, and to support the pilots and other airmen,” he said. “It was thrilling, and I felt a great esprit de corps that I have taken with me to other jobs.”

Dean has been with Contra Costa County Library for six months. He is currently the adult and teen services librarian at Dougherty Station Library in San Ramon. Prior to his current position, he spent 18 years working as a librarian and library director with Alliant International University at branches in San Francisco, Emeryville and Sacramento.

“I love finding things that the public wants and giving it to them,” he says of his love for libraries. “It’s always a blast to be of service and get the people what they want in the right place for it, the library.”

Dean has also worked as a medical admin at several hospitals, a prep cook, and an assistant manager for Waldenbooks. He enjoys food writing and has a podcast called “The Well-Seasoned Librarian,” where he interviews cookbook authors, food writers and chefs. He also enjoys gardening, baking and foraging for native plants in the wild areas around his home.

He has a dog, two black cats and a mini tiger named Maximus Tormund. 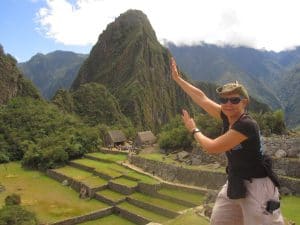 Laura McKeegan is an Army veteran. She served two years as a Specialist 4 in the small arms repair unit at Ford Ord in Monterey. One of her proudest accomplishments while serving was qualifying on the rifle range as an expert sharpshooter and being on the rifle team for her unit. Laura’s desire to enlist in the military started at a young age.

“I wanted to join the military from about age 12,” she says. “I collected recruiting brochures and pasted them on my walls for years, and when the time came, the Army just felt right.”

Laura has worked for the Library for more than 37 years. She started as an equipment repair person, repairing the microfilm public catalog, typewriters, and other library equipment.

“When the library purchased their first circulation system, I was brought in to figure out how to turn it on and proceeded to implement the system,” she explains. “This was the beginning of Library IT and I have been working in the department with the circulation system and computers ever since.”

Laura has held several other positions in Library IT including Information Systems Technician, Programmer Analyst and Automation Manager. She enjoys that the job is still teaching her after all these years.

“I am always able to learn something new in my work for the Library,” she says. “The people I work with are the best.”

When she’s not working Laura stays busy with different personal projects. One of her favorites was designing and building a scale working model of the Curiosity Mars Rover. She even brought the rover to several library events.

Laura has hiked the Inca Trail in Peru, the Milford Trail in New Zealand, and run 29 half marathons and a full marathon. The pandemic interrupted her plans to hike the Dolomites in Italy, but she hopes to reschedule someday.